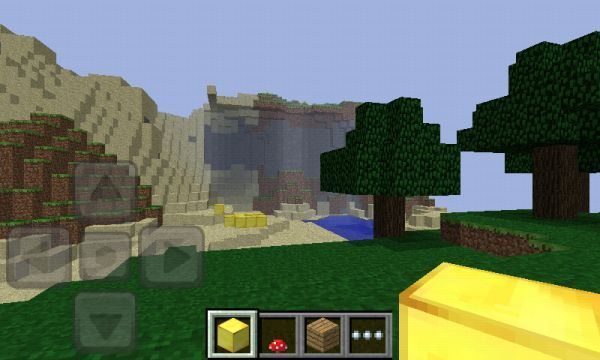 Minecraft Pocket Edition has become one of the most played games that has moved beyond PC, and today players will very happy to learn this pixel block game has had a new update.

The new update is now at version 0.7.3 and is the best so far, which adds a more atmospheric experience when looking up to the sky. Yes at last, the game now has sun, moon and stars.

This is a very popular game with Android and iOS users, the latest update brings it that little step closer to the PC version, which offers a deeper level of gameplay. The update not only brings sun, moon and stars, but also adds double chests, Quartz slabs as well as a cooler title screen.

The Minecraft Pocket Edition update also includes multiple bug fixes and many realms improvements, the double chests provides more space to fill, which is great news. The whole game is adding a better core experience for players, and we can see future updates bringing so much more to the table.

As far as we can see, this new update is only available to the paid app version and not the Lite app, for more information please visit the App Store or Google Play.

Please do let us know if you already have Minecraft Pocket Edition and what you think of the new update?