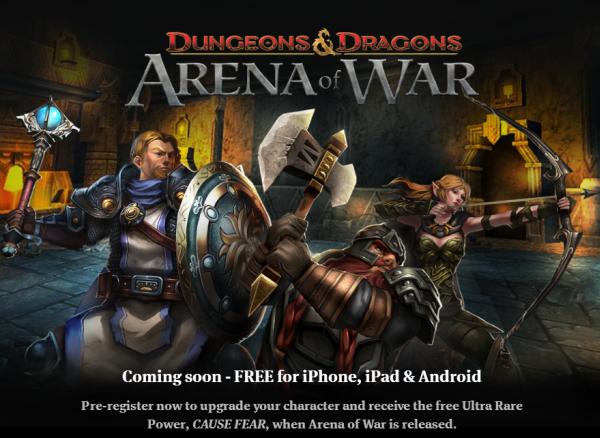 Modern mobile hardware has developed to a stage where big title game releases are increasing all the time, and today we have news about the Dungeons & Dragons Arena of War Pre-register for Android, iOS users.

The hugely popular Dungeons and Dragons tabletop role playing game is coming to mobile devices, and the developer has released the first video trailer along with a sign up page so users can upgrade their character as well as receiving the free Ultra Rare Power, Cause Fear, once the game has been released.

It will be released for Android devices along with the iPhone and iPad as a free to play download, and the developers has provided the option of getting live updates throughout the Sundering event that will evolve the game.

The game is promised by the developers to provide a quick fix between bigger D&D experiences, but for now there is no information on how long it will be for the game to be released to Google Play and the App Store.

Are you looking forward to the release of Dungeons & Dragons Arena of War?