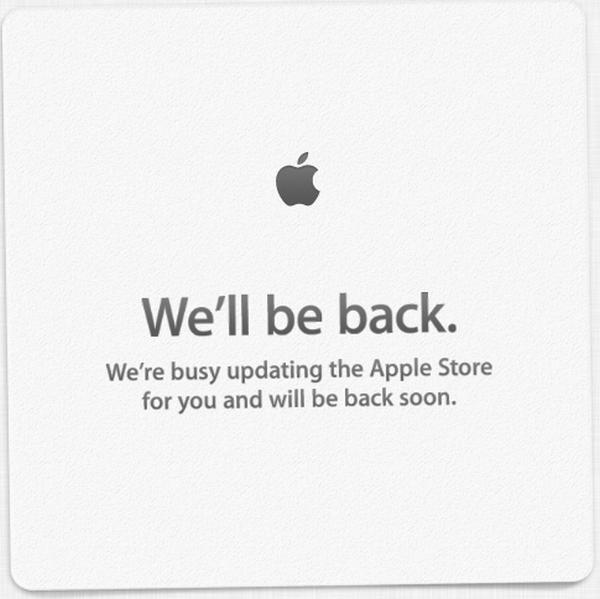 We are now less than two hours away from the Apple Keynote speech where the world is expected to possibly see two additions to the iPhone family, and as usual the Apple Store has gone down which hints that the new iPhone pre-orders could start instantly before release.

The fact that the Apple Store is currently unavailable is nothing new leading up to a keynote speech from the company to launch some new products, but it usually also means that the new products due to get launched will be available straight away for pre-order.

It is widely believed that Apple will showcase both the iPhone 5S and iPhone 5C later today, with talk that the iPhone 5S being available in only ten days time in the US at least, and the so called cheaper model could be available instantly.

There has been speculation that retailers have already received stock of the iPhone 5C and it’s not unusual for the company to unveil other products such as a refreshed version of the iPod Touch, although this is looking unlikely this year.

Will you be keeping an eye out for what Apple launch later today?