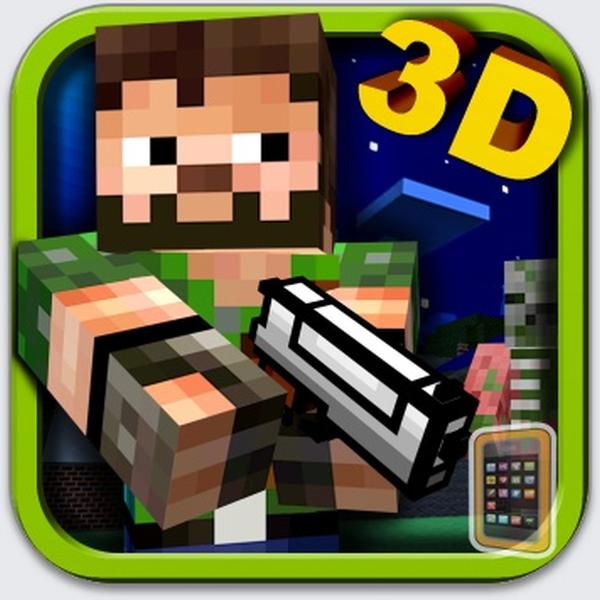 With the various gaming apps that are available to users whether they are free downloads or command an upfront fee, the success of them is not always based on the graphics of the title but instead the playability of the game. That is something which can certainly be said about Pixel Gun 3D that brings multiplayer zombie fighting to the masses.

This popular game has regularly topped the charts for paid apps on iTunes which can be put down to its multiplayer feature of the game. Players can take part in the Death match with other gamers across the world or locally with 11 unique maps of varying shapes and sizes.

There are a number of different weapons on offer that include the likes of an M16 Combat Rifle, Magic Bow, and much more. Games can have up to ten players at a time and there is also a campaign mode that will bring you face to face with wave after wave of zombies.

To help you get started a new training camp will let you perfect your fighting skills, and another new feature allows players to share their successes onto Facebook or Twitter. The campaign mode also features a number of different zombies and enemies to face as well as 10 different maps.

The game has been more recently updated for iOS users, while the Android version of the game hasn’t been updated since July. To find out more or to download head over to the App Store or Google Play.