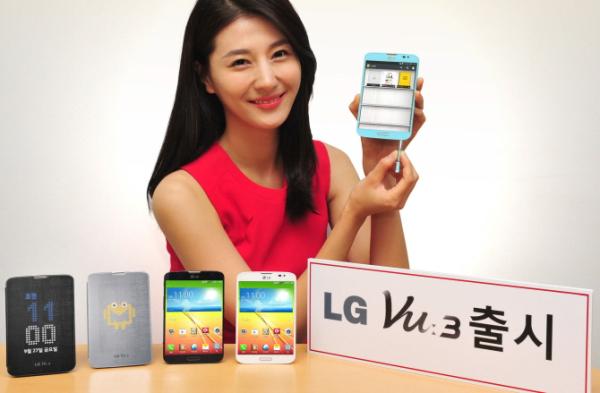 It is widely expected that next month we will see a new Nexus 5 smartphone that is again produced by LG, but in the meantime the company has unveiled the LG Vu 3 officially that comes with a strange look due to its screen specification.

The LG Vu 3 has been rumoured for a while now but the company has finally revealed the device officially, and as you can see from the image the device has a strange shape to it. This is down to the 5.2-inch display that comes at a 4:3 aspect ratio giving the device a more squarish feel to it.

Powering the device is the now popular Qualcomm Snapdragon 800 quad core processor with an Adreno 330 GPU and 2GB of RAM running the Android 4.2.2 Jelly Bean operating system. The display has a resolution of 1280 x 960 and according to LG the shape of it improves readability as it has the same aspect ratio as A4 paper.

Camera wise the company has fitted a 13-meagpixel rear facing unit with LED flash and 1080p video capture at 30fps, while around the front is a 2.1-megapixel camera. There are also some rear speakers that are promised to deliver high quality 24 bit/192KHz audio.

The device also features a rubber rhodium stylus for reading all that content, but the company has yet to reveal any pricing or availability but it is expected to start arriving in some regions from September 27th.