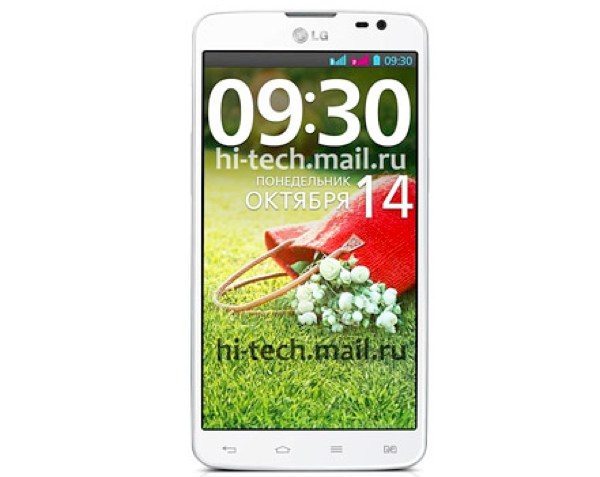 Not too much detail has leaked yet about the LG G Pro Lite Dual, but we’re informed that it will still have the 5.5-inch True Full HD IPS+ LCD display of the Optimus G Pro. However the 8-megapixel rear camera is not as good as the 13-megapixel camera on the Optimus G Pro, although it does still retain the BSI sensor.

Another rumored inclusion is a 3140 mAh battery, the same as for the Optimus G Pro. Software features of the LG G Pro Lite Dual are said to include many that were included on the LG G2, including QSlide, KnockOn and Guest mode.

This information comes from a Russian website, which says that the G Pro Lite Dual will release in that country around the middle of October, priced at RUB 12,990 ($400 or Â£250) This equates to about half of the price of the Optimus G Pro in Russia.

This could signify that some other G Pro Lite Dual specs may be downgraded from those offered with the Optimus G Pro. For example the processor is thought to be dual-core rather than quad-core.

It will certainly be interesting to hear more about the LG G Pro Lite Dual, and we’re at least hoping that the name might be changed on launch to something that rolls off the tongue more easily.

What are your thoughts on the rumored LG G Pro Lite Dual? Would you be interested in an LG device that offers some of the specs of the Optimus G Pro at only half the expense?