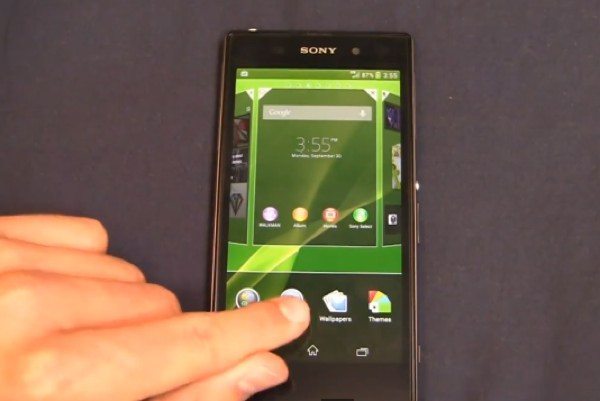 The Sony Xperia Z1 smartphone was recently introduced to the market and is generating a lot of interest. The phone is also referred to as the Honami and is a camera-centric device that has impressive camera capabilities. The first reviews are coming out so we have a Sony Xperia Z1 review collection on video.

Sometimes it’s easier to get a good look at a device and what it offers by seeing rather than reading long-winded explanations. That’s why we’ve gathered together some YouTube videos that we feel will give you a good idea of the flagship Sony Xperia Z1.

The first video is an 11-minute review of the Sony Xperia Z1 and begins by noting that this is a premium smartphone. The reviewer has spent more than a week using the phone to get a really good feel of the device and describes it as “a jewel.” You then get a look at the design and a tour around the hardware as well as the phone’s waterproof credentials.

The video also lists many key specs for the Xperia Z1 and shows the user interface before moving on to the all-important camera set-up, showing images and video capture samples. Finally the battery life is looked into, and in conclusion the Xperia Z1 is deemed worthy of recommendation. The camera isn’t felt to be the world’s leading smartphone camera as Sony claims, but nevertheless the conclusion is very favorable. A rating of 9.1/10 is given, which is exceptionally high.

The second review comes as a two-part video. The first part of this Xperia Z1 review covers aspects such as the design, the Sony user interface, Settings, personalization, features, keyboard and more. The second part of this video review looks more at the user interface before turning to the camera, performance and speed tests. This reviewer was also really impressed with the Xperia Z1 describing it as a “powerhouse.”

The third video review is a shorter 3-minute look at the Xperia Z1, and like the other videos gives an observation of the build and design of the phone and then briefly notes aspects such as the camera and battery. Good points are noted as the display, expandable storage, the battery, processor and waterproofing.

The final video we are sharing with you is a 14-minute review. As you would expect it covers many of the aspects of the other video reviews below, but it’s always good to get another take on a device. The reviewer feels that the Xperia Z1 finally makes Sony competitive with the rest of the industry and has a lot of praise for the design. There’s also positivity about the performance and Sony is deemed to have “created a winner.” This reviewer gives a rating of 9.2/10 for the Xperia Z1 and at the end of this video you can see a list of pros and cons.

If you are thinking of purchasing the Sony Xperia Z1 we feel these video reviews will certainly reassure you that you’re doing the right thing, with very little negativity at all towards this Sony offering. Will the Xperia Z1 be on your holiday wishlist