iOS 7 and healthcare site likened by Obama on government shutdown 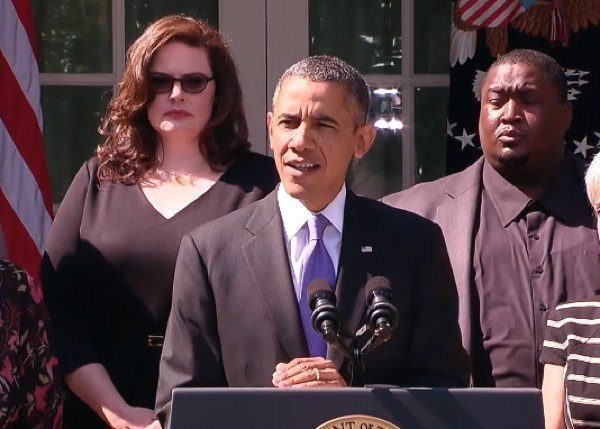 News on the US government shutdown dominates right now, perhaps unsurprisingly, as it seems pretty unbelievable. Yesterday President Obama delivered a speech on the government shut down and discussed the new but buggy healthcare site that he likened to iOS 7.

There has been criticism of Healthcare.gov amid concerns over bugs and unreliability, and in his speech Obama compared it to iOS 7. The President acknowledged glitches in the healthcare site but said this kind of process always happens with new products.

He then said, “Consider that just a couple of weeks ago, Apple rolled out a new mobile operating system, and within days they found a glitch, so they fixed it.” Obama then went on to say that nobody expects Apple to stop selling devices or shut down because of issues with an operating system, as that is not the American way.

Obama pointed out that part of the problem for the Healthcare.gov site was the sheer volume of early users and said that that efforts were ongoing to sort out issues. He also acknowledged that wait times are so far “longer than expected.”

Although Obama was speaking about the healthcare site, it’s clear that the speech was also addressing more widespread political concerns about the government shutdown and Obamacare. Some Republicans at present are calling for the Affordable Care Act to be delayed because of current budget negotiations.

However, President Obama is taking a firm stance against denying affordable healthcare and says he will not give in to what he describes as “reckless demands” by some Republican Party members. You can see a YouTube video below this story, in which Obama brings Apple into the equation regarding the government shutdown (around 11 minutes in).

Do you feel that Obama equating the new healthcare site to Apple’s iOS 7 is a fair analogy? How do you image Apple feels at being tied in to a speech about the government shutdown? We’d like to know what you think about this so do send us your comments.