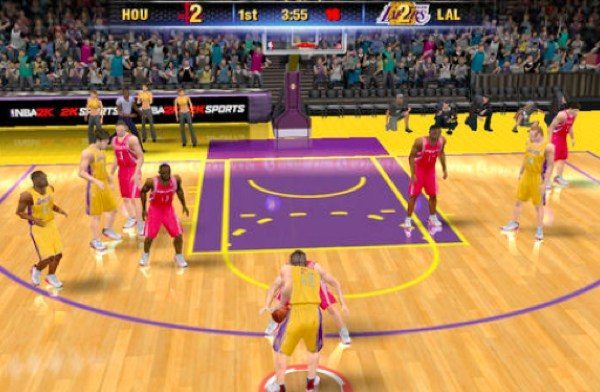 There will be plenty of basketball and gaming fans out there that are interested in the new NBA 2K14 app that has just become available. We have seen several sites now saying that this game was exclusive to the Amazon Appstore, but the NBA 2K14 app is not exclusive to Amazon as it’s also on the Apple App Store.

If you’re keen to try out the NBA 2K14 download then we have the details ahead. NBA 2K14 was released just a couple of days ago and is likely to be extremely popular with basketball enthusiasts.

The iOS app is compatible with the iPad 2 and later, the iPad mini, iPod touch 5 and later, and the iPhone 4 and later. Devices need to be running iOS 5 or later. Please note any earlier devices than above are not supported. The NBA 2K14 app is available at iTunes here and the price is $7.99 /Â£5.49 (no in-app purchases).

A quick look at the app description customer reviews shows a few poor reviews of the game, although overall the game has a 3-star rating. It would be really interesting to hear what you think regarding the quality of the game?

Alternatively NBA 2K14 by 2K Games is available from the Amazon Appstore here (Kindle Tablet Edition), compatible with devices running Android 4.0 or later. This app is also priced at $7.99.

Are you about to head to the Amazon or Apple App Store for the NBA 2K14 download? Tell us your thoughts on the NBA 2K14 app using the comments box below.