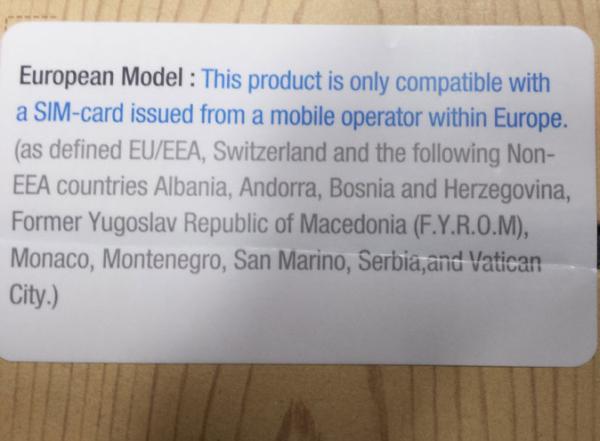 The Samsung Galaxy Note 3 has started its rollout in various regions around the world but it seems that for a lot of users there could be an annoying problem with the device, as it looks like the Galaxy Note 3 region lock is going to spread to more models with the Android 4.4 KitKat update.

After some earlier reports about the Note 3 being region locked Samsung moved to clarify the situation and stated that as long as the handset first gets activated in the region it was purchased with a local SIM card, when travelling outside of that region different local SIM cards can be used.

If the activation is not preformed in that way the handset gets locked and can only be used with a SIM card from the region it was purchased, and will then need to unlocked by Samsung or its partners at a cost to the user.

It seems though this is not how things are panning out as a growing XDA Developer thread has a number of users complaining about the issue, and it doesn’t seem things are working out the way it should. A number of users have claimed to have activated their handset the right way but it wouldn’t work once a non-EU SIM card was put in.

Devices activated in a number of different European countries have failed to work in Africa or Asia, and a number of negative reviews have been placed on the UK Amazon store about the problem. There has been different statements coming out from Samsung about the matter that have included the region lock is being used to stop the illegal import of handsets.

One XDA user posted the telephone conversation they had with a Samsung rep who basically said that the handset will only work with a SIM card from the region it was originally purchased, which in turn will mean expensive roaming charges and it makes no difference which retailer the so called unlocked handset is purchased from.

A rep also told a customer that European Galaxy Note 3 handsets are only meant to work in that region, and once Android 4.4 KitKat arrives the regional lock will be extended to some older Galaxy devices that include the Note 2 and Galaxy S3 even if they are over a year old, but this will be a long way off so things could change by then.

The same warning stickers have been seen on certain Samsung Galaxy S4 models sold in Europe and Latin America. Obviously this issue will only affect users that take their handset to other regions and insert a local SIM card, but it’s the fact that Samsung is taking this option away from users that is causing a lot of anger, which will only be increased if older hardware gets the same treatment in future updates.

Has this issue put you off from getting the Samsung Galaxy Note 3?