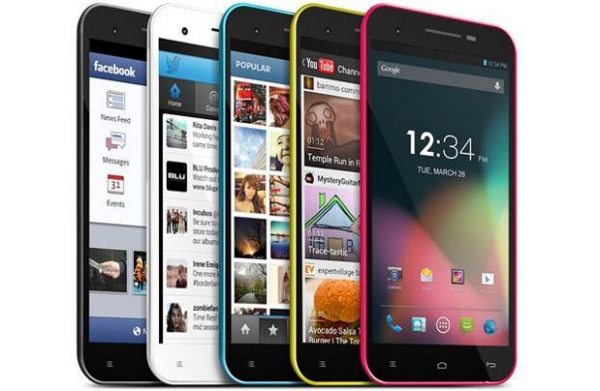 Going on contract saves you a lot of money up front for a new smartphone; having said that some flagship handsets on contract still costs an expensive upfront payment. This is where the Blu Studio 5.5 phone is an ideal buy even off contract.

The Blu Studio 5.5 smartphone will only cost a mere $179 and NO contract is needed, this is a fantastic price considering it comes with a 5.5-inch 480 x 854 pixel LCD TFT Capacitive Touchscreen, 1.2GHz Quad-Core MediaTek MT6589 Cortex-A7 CPU and PowerVR SGX544 GPU. 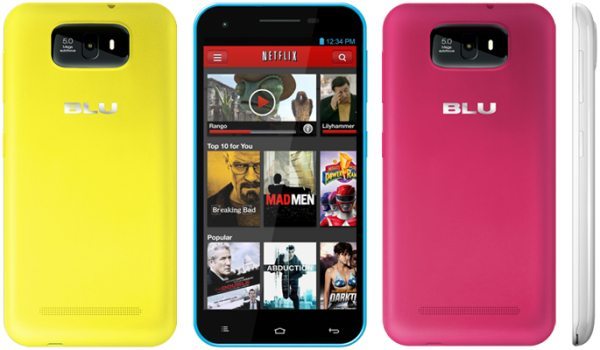 The Blu Studio 5.5 other key specifications include Bluetooth v4.0, Geo-tagging, WiFi b/g/n, Hotspot, GPS, micro-USB, Accelerometer, Proximity, Gyro and FM Radio. It also boasts 4GB internal memory that can be boosted to 32GB thanks to the microSD slot, 1GB RAM and a 2250mAh battery.

For only $179 off-contract this is one of the best deals we have seen in a while, when you think about it a 5.5-inch is a big screen and it got us wondering how much would it cost if they released the Blu Studio 4.3 or the Blu Studio 4.5, the price would surely be outrageously lower. This is an impressive Android phone with a big screen and half decent specs with a super low price tag, it’s a winner in our eyes.

This handset will come in Slate Grey, Fashion Fuchsia, Neon Yellow, Cyan Blue and Ceramic White, Blu loves the “Bring Your Own Device” no-contract movement and we guess this is why the price is so cheap.

The Blu Studio 5.5 will be unlocked and sold through retailers such as Best Buy and Amazon etc, it will also sell via operator and MVNO Dealer stores throughout the U.S. It will also be unleashed in 30 countries in Latin America as well as Mexico and Brazil.

Would you buy the Blu Studio 5.5 Android smartphone?