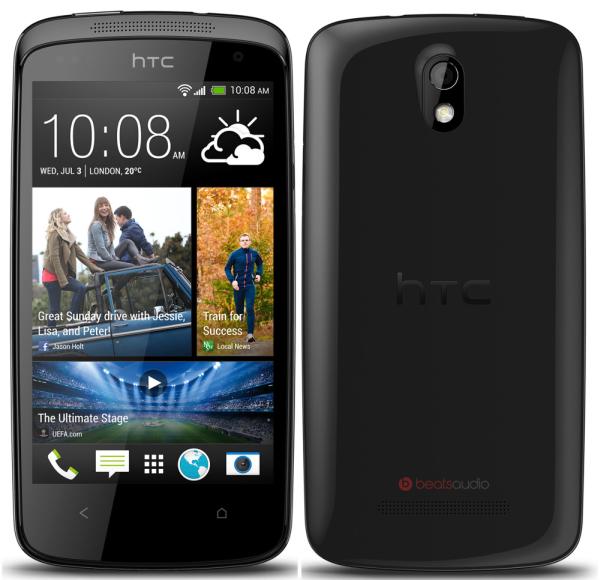 It is not unusual for new smartphones to appear on various online retailers’ websites before the device has even been announced by the manufacturer, and that is certainly the case for the HTC Desire 500 that has now been officially released and priced for India.

We recently told you of some retailers that were already listing the handset in India with a price, but now the HTC Desire 500 has been officially launched by the company with sales starting from today. The device is priced at Rs. 21,490 which is slightly different from what some retailers had the handset listed for.

The HTC Desire 500 is a mid-range smartphone that features a 4.3-inch touchscreen display at a resolution of 480 x 800, which is powered by a Qualcomm Snapdragon 200 quad core processor clocked at 1.2GHz.

This is paired with 1GB of RAM along with 4GB of on board storage that is expandable by a further 64GB via microSD card, and camera wise the handset has an 8-megapixel unit on the back with LED flash, while around the front is a 1.6-megapixel shooter.

Will you be considering the HTC Desire 500?