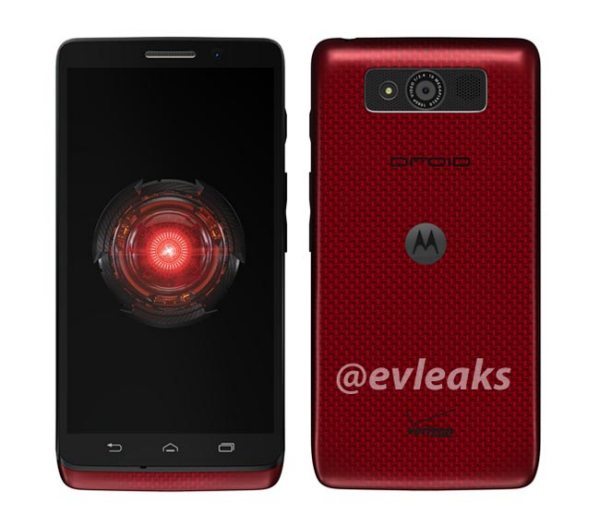 A new leak is showing of a lovely looking Verizon branded Motorola Droid mini in red, this smartphone was launched August 2012 but to add a red version is a nice touch for the Christmas season.

The Verizon branded red Motorola Droid mini will come with all the same specs including a 4.3-inch HD display with 1280 x 720 pixels, dual core 1.7GHz processor, 2GB of RAM, 2-megapixel camera for video calls on the front, on the rear is a 10-megapixel camera and comes with 16GB of built in storage.

The photo you see below was posted on Twitter by @evleaks and nine times out of ten they are correct with new releases etc, it does make perfect sense for Verizon to get the seasonal color into play for Christmas, so to release a red Droid mini will be awesome.

We have no idea when the red Motorola Droid mini on Verizon will release, but we are guessing the price will be the same, which retails at $99 on a 2-year contract agreement.

We will let you know more as soon as we know more, would you fancy a new shiny red Motorola Droid mini on the Verizon?

Phones Review Says: Verizon should release their top 5 selling phones in red and then give some money to charity, its adds to the Christmas is all about giving and not receiving.