HTC One Mini red UK exclusive for Phones 4U 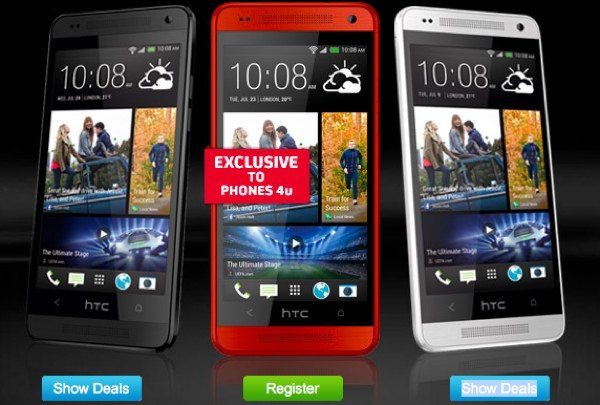 The HTC One Mini is a smaller sibling to the popular HTC One flagship smartphone. The One Mini released back in August and now a new glamour red variety of the phone is on the way. The HTC One Mini in red will be a UK exclusive for Phones 4u.

Recently we told how the HTC One mini in blue was heading to the Carphone Warehouse and it’s now expected to be available there by November 1st. Phones 4u had exclusivity for the red variety of the HTC One and now Phones 4u will offer the ‘Glamour Red’ version of the One mini.

The HTC One Mini red variant will be available from next month at Phones 4u retail stores as well as online, although no specific date has been given yet. However, you can register your interest in the red HTC One Mini at Phones 4u here right now.

No pricing has been announced for the red version yet but Phones 4u already offers the black or silver models free with 2-year contracts beginning at Â£26 per month. There’s no reason to think that pricing for the red version would be any different.

The HTC One mini in red is likely to be available at Phones 4u on EE, Orange,T-Mobile or Vodafone, the same as for the other color variants. Key specs for this phone include a 1.4GHz dual-core processor, 4.3-inch display, and UltraPixel camera, and it runs the Android 4.2.2 Jelly Bean operating system with HTC Sense UI.

Will you buy the HTC One mini in red from Phones 4u? Let us know with your comments.

Tags HTC One MiniPhones 4u