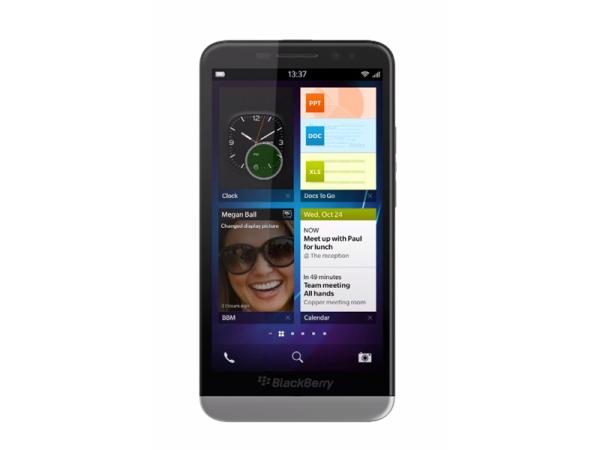 While the company may not be having the best of times recently in terms of sales it does seem that BlackBerry is on a bit of a roll this week, as we have already seen the BBM app arrive and now the BlackBerry Z30 is released and priced for consumers over in India.

The latest flagship smartphone from the Canadian smartphone manufacturer has now been officially launched in India and will set consumers back Rs. 39,990, and the BlackBerry Z30 brings a larger display to the BB10 platform.

For your money you will get a handset with 5-inch Super AMOLED touchscreen display at a resolution of 1280 x 720, which is powered by the quad core Qualcomm Snapdragon S4 Pro processor clocked at 1.7GHz with 2GB of RAM.

The device will ship running the latest BlackBerry 10.2 firmware and features 16GB of on board storage that is expandable by a further 64GB via microSD card. Camera wise we have an 8-megapixel rear camera with f/2.2 lens and Full HD video capture and a 2-megapixel front facing shooter.

Other specs include a removable 2,880 mAh battery, 4G LTE, NFC, Bluetooth, and Wi-Fi a/b/g/n. The smartphone also comes with a new and improved version of the BBM app that lets users reply to a message received without having to leave the app they are in.

The company has stated that the BlackBerry Z30 will be available in the country early next week so those that have been waiting for the smartphone won’t have too much longer to wait.

Will you be getting the BlackBerry Z30?

One thought on “BlackBerry Z30 released and priced for India”