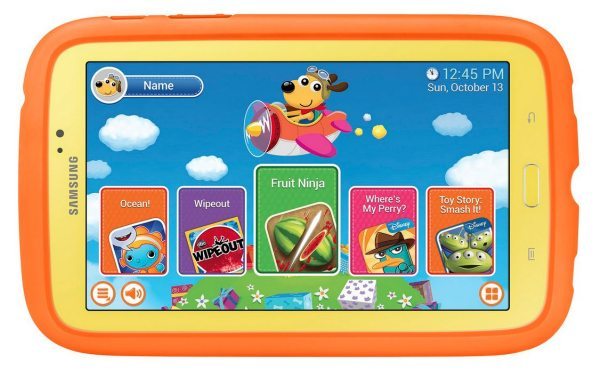 The new Samsung Galaxy Tab 3 7.0 Kids tablet is all set for release and its price isn’t too bad either according to Sam Mobile.

Samsung officially announced the new Galaxy Tab 3 Kids tablet back in August, it will be launching in the United States only as far as source report on November 10th for only $229.99.

There will be an option to purchase the Android kids tablet with a hard case for only $249.99, it will also come with other features such as free 12-months of Boingo Mobile Wi-Fi access, $10 Google Play credit, two years of up to 50GB of DropBox storage and 3-Month Hulu Plus Membership for new users.

The tablet looks like it will be great for the kids, it has kid-friendly games and a cool special kid interface, parent will feel very happy indeed as well thanks to the advanced parental controls.

Would you be interested in buying the new Samsung Galaxy Tab 3 Kids tablet?