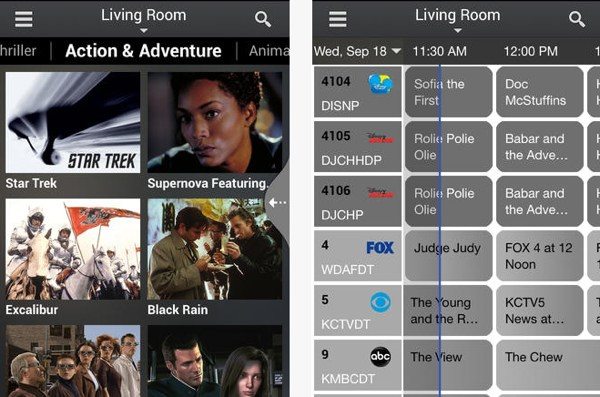 Google Fiber TV requires a subscription and the Google Fiber app is available on the App Store or on Google Play. It enables users to control their Google TV including movies and TV shows that are on-demand, recorded on a DVR, or being aired live. User can also organize, browse, and watch their favorite on-demand content on their Android and iOS devices.

Also for the Android Google Fiber update there is new remote control behavior and a Now Playing screen, improved interface for those using devices with smaller screens, and performance improvements.

The iOS Google Fiber app update also adds Apple iPhone and iPod touch support, as previously it was only compatible with the iPad. It will now be much easier to manage your DVR and this will be a welcome move to many users as the Google Fiber Storage box stores up to 500 hours of HD content.

Are you a Google Fiber user? What are your thoughts on the latest improvements offered with the Google Fiber Android and iOS app updates? Let us know with your comments.