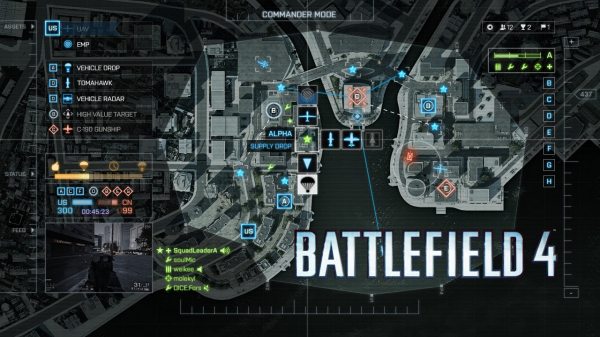 The new Battlefield 4 Commander iOS, Android app release date seems to be all set thanks to DICE confirming this.

The Battlefield 4 game is now launched and we all know that accompanying apps are always blessed with open arms, the new Battlefield 4 Commander app will be separate to the Battlelog app.

The Battlefield 4 Commander feature is good for Battlefield 4 players because it gives them the ability to play the role of leading their team in a match, and of course helping the team in different ways such as dropping vehicles and supplies and of course UAV scans. The new tablet app will also give players the option to launch Tomahawk missiles against enemy targets.

Please remember that the new Battlefield 4 app will be separate from the battlefield 4 Battlelog app, but there will be integration between the two apps. Get ready for the best Battlefield 4 campaign from November 19th.

Will you download the new Battlefield 4 Commander app when it releases?

Update: We would like to correct our mistake, this does happen now and then and we do apologies for this. Just wish to say a big thank you to one of our comments below which said “That comment had nothing to do with Commander Mode for tablets. I intended to write that we’re aiming for an update for the Battlelog app around November 19th, that will include various fixes, improvements and app updates. This has absolutely nothing to do with Commander Mode for tablets, whatsoever. Sorry for giving incorrect information.”