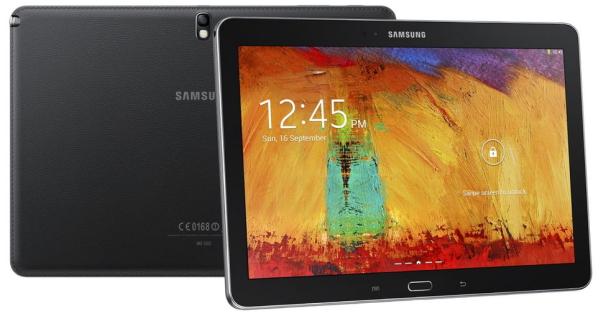 So far there has been no sign of the release for the Nexus 10 2 from Google and if you can’t wait to see what the device may bring to the table there is already an Android slate that will satisfy many fans of the platform that want a bigger tablet, and now the Samsung Galaxy Note 10.1 2014 Edition sees its Canada release set.

Samsung has now revealed that those consumers in the country that want to own the new Galaxy Note 10.1 can do so from tomorrow, November 8th. The tablet PC will be available from a number of major retailers in the country including the likes of Best Buy, and Future Shop.

There is no word on pricing for the device but those purchasing one before November 30th will be treated to a $20 Samsung apps gift card, three months of free Rdio music streaming, 50GB of Dropbox storage for two years, and two free eBooks from the For Dummies series.

The device will be available in white and the Wi-Fi only version of the new Galaxy Note 10.1 which features a display with a resolution of 2560 x 1600 with a 300ppi pixel density. It is powered by the 1.9GHz eight core Exynos processor along with a tasty 3GB of RAM and has the same S Pen features as the Galaxy Note 3.

There is an 8-megapixel rear facing camera capable of Full HD video capture at 30fps, while around the front is a 2-megapixle unit also capable of 1080p video recording.

Will you be getting the new Samsung Galaxy Note 10.1?