Nexus 5 reviews on video and verdicts 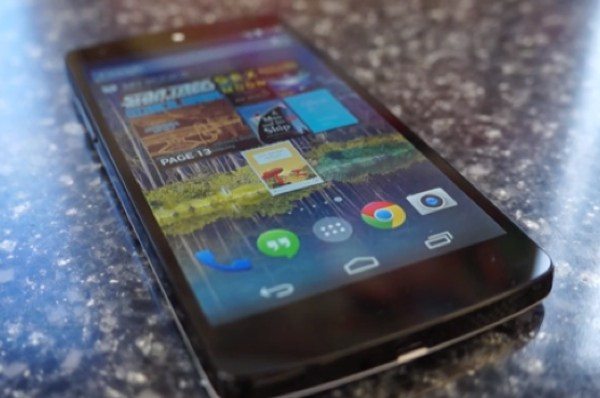 The Google Nexus 5 smartphone only recently released on the Google Play Store and has already seen huge demand. If you’re considering purchasing this LG-made phone but haven’t quite made up your mind, then you may find these Nexus 5 reviews on video useful.

We’ve already written plenty about the Nexus 5, so to see more details just hit the link to our articles on this device. We’ve now taken a look at some of the first video reviews of the Nexus 5 that will give you an idea of what the phone offers with different perspectives and verdicts.

The first YouTube video we have to show you below this story is a comprehensive 17-minute review of the LG Nexus 5, with one of its major selling points being that it runs the new Android 4.4 KitKat OS. It begins with a look at the design that will give you a really good look at the handset if you haven’t already seen it close up.

It goes on to detail the display, gives a tour of the hardware, shows the updated Android experience, camera set-up with sample images and video footage, price and more. Overall the Nexus 5 is found to be a good overall performer and scores a rating of 9.5/10, which is obviously a great score. If you check out the video to the end you can also see various pros and cons listed.

The second review we have for you is an 8-minute video that also gives some great advice about the LG Nexus 5 for Google. Again the review starts with the design and then runs through many of the major specs. It proceeds by looking at the software, gives test notes, details the camera, battery life and more.

In wrapping up the low Nexus 5 price is seen as a major benefit, with the reviewer saying this is the “best deal in mobile” in the US right now and describing it as “insane value.” At the end of the video the Nexus 5 receives a solid score of 8.4/10.

The final video review we have to show you is in two parts, the third and fourth videos below this story. The first part is 8-minutes long and runs through many of the specs of the Google Nexus 5 at the beginning before talking about the impressive price point. We then see the design, and a good look at the software with an overview of Android 4.4 KitKat.

The second part of this final video review is 12-minutes long and continues by looking at the vanilla Google Android experience of the Nexus 5, benchmark results, and camera performance. The phone is judged to be particularly good for developers, tech enthusiasts or those who are on a budget. On the other hand the phone might not be quite so good for those looking for an overall software experience and ecosystem. Either way it’s deemed a “great buy.”

We’ve selected these various video reviews of the Nexus 5, as it’s good to get more than one take on a new device. Please do check out the videos below if you’re considering buying the Google Nexus 5. We’d really appreciate it if you’d send us your comments after viewing.

Are you now persuaded that the Nexus 5 will be your next smartphone choice? Maybe you’re still undecided and are considering another handset entirely?