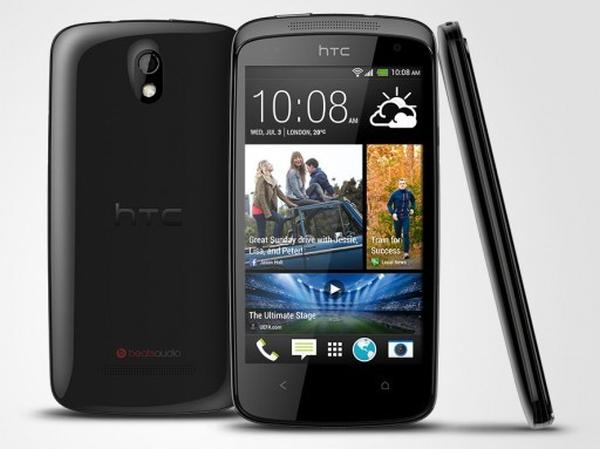 The HTC Desire range of smartphones has always been popular among smartphone users even though the series has grown somewhat since the original devices made an appearance, and now the HTC Desire 500 finally sees a UK release.

It was back in the summer that the handset was originally launched with a UK release promised for August but nothing appeared until now. The company has now announced the availability of the device in the country that has been launched via major retailer the Carphone Warehouse.

The retailer has an exclusive deal with the white version of the device as well as offering consumes the black colour option. To recap the HTC Desire 500 specs include a 4.3-inch touchscreen display at a resolution of 800 x 480 that is powered by the quad core Qualcomm Snapdragon 200 processor clocked at 1.2GHz.

This is coupled with 1GB of RAM and an 8-megapixel rear facing camera with the company’s ImageChip technology, while around the front we have a 1.6-megapixel shooter for self-portraits or video conferencing. Storage wise there is 4GB but there is up to 64GB of expansion possible via microSD card.

The handset is being offered SIM free for Â£199.99 by the retailer or is available on a variety of contracts with no upfront cost starting at Â£15 per month. The device will ship running the Android 4.2.2 Jelly Bean operating system.