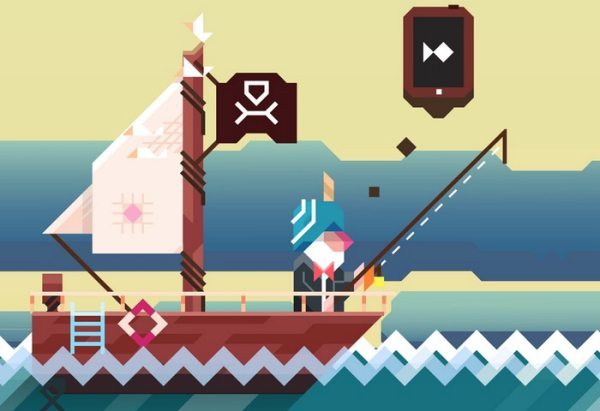 Three names in the game world for smartphones include Ridiculous Fishing, Nuclear Throne and Luftrausers by Vlambeer, so please do read on.

Vlambeer is a great name in itself because it has ‘beer’ in it — Anyway, back to the real news instead of thinking about a little tipple. Vlambeer have announced that its highly popular new game called ‘Ridiculous Fishing” will be released to Android users very soon.

Ridiculous Fishing has gone down very well indeed with iOS device users and to release it on the Android platform is great news, the game has already surpassed the sale of 300,000 copies on iOS devices and has generated over $1 million in sales.

The Vlambeer team said through popular demand and popular request they decided back in March to work with Greg Wohlwend and Zach Gage to create the Android version of Ridiculous Fishing. The team joined forces with Apportable who are the ones who have the framework to port the game over to the Android platform.

The games creators said that the next time you hear from them would be when they announce the Ridiculous Fishing Android release date.

Vlambeer are also working hard to bring its games to the Microsoft Windows 8 operating system, these games include Nuclear Throne and Luftrausers.

Are you waiting for the Ridiculous Fishing Android release?