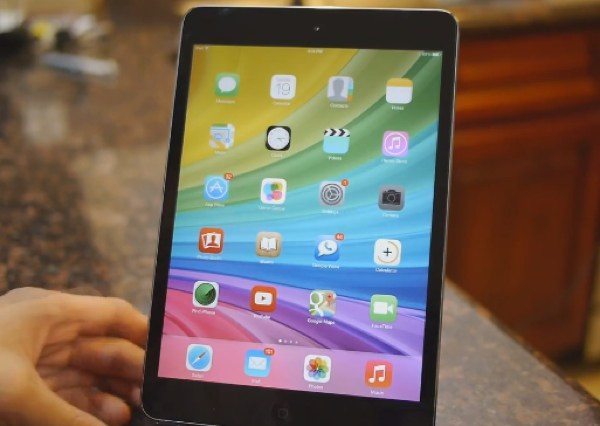 Apple surprised plenty of people with its sudden release of the iPad mini with Retina display, or iPad mini 2 as many have dubbed it. Some readers are probably thinking of purchasing the new iPad mini for themselves or as a Christmas gift. Therefore we have an iPad mini Retina review collection on video.

If you’re not completely sure about whether the iPad mini 2 is the right tablet for you then having a look through these video reviews should help you out. They will give you a good impression of exactly what the iPad mini Retina has to offer.

The first review that we are showing below this story is an 11-minute YouTube video of the Apple iPad mini 2. After a brief introduction it shows the design, looks at the display and gives a hardware tour. We then see a look at the software and web browsing along with details of the processor, camera with sample images and video footage and much more. Overall the iPad mini 2 is judged to be a “fantastic” tablet with its increased price being one of the only criticisms. In conclusion the iPad mini 2 is given a rating of 8.5/10 with pros seen as its performance, display and construction.

The second YouTube video below is a 5-minute review of the new iPad mini and begins with detailing the pricing for various models. It goes on to gives a close look at the design and build and when discussing the display it receives a lot of praise. There is then more detail on specs including the processor before iOS 7 comes in for scrutiny. Battery life is also noted as impressive before the ultimate impression, which is extremely favorable.

The next review is a shorter 3-minute look at the iPad mini with Retina tablet. You’ll see it next to the iPad Air and again the display is well admired, as well as the battery life of the device. There’s then a further comparison of it against the form factor of the iPad Air. As it offers virtually the same performance and experience the reviewer feels that for the price difference you may be better off with the iPad Air, that is unless you particularly want the portability of the iPad mini 2.

The final iPad mini 2 review we want to show you is a brief review that gives a nice overview of what it brings to the table. When informing about the display the reviewer states that this is “one of the best we’ve ever seen on a tablet of this size.” The upgrade in processor and the improved experience it offers is also discussed. However, the rise in price from the previous iPad mini is also noted as a drawback, as in most of the other reviews here.

We hope that this iPad mini 2 video review collection goes some way in helping you decide whether the new iPad mini tablet is the right choice. The reviews seem overwhelmingly in favor of the device though and have plenty of positivity for this device.

After you’ve taken a look at the videos below this story we’d appreciate your comments. Will you be purchasing the iPad mini Retina over the coming weeks? Is the new Retina display a major selling point as far as you’re concerned?