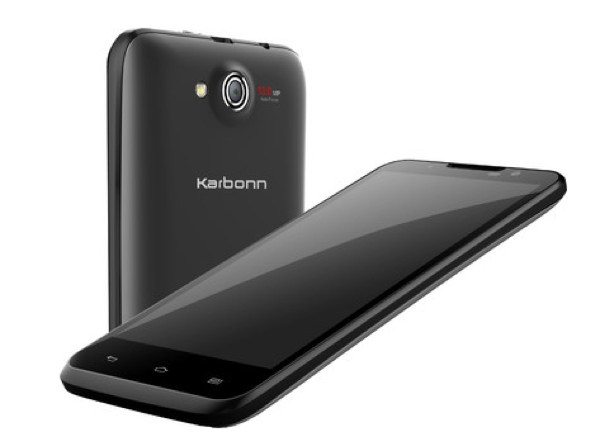 We enjoy bringing details of new smartphones to our readers in India and many of you could be interested in this new Karbonn addition. The Karbonn Titanium S7 price for pre-orders has just become listed and we also have release details.

The Karbonn Titanium S7 is another device set to join the recent Full HD handset arrivals. Titanium S7 specs include a 1.5GHz quad-core processor and a 5-inch Full HD display featuring OGS technology. It also has 16GB of internal storage, expandable via microSD to 32GB.

It’s a dual-SIM (GSM+GSM) smartphone and packs a 13-megapixel rear camera with LED flash as well as a 2-megapixel front-facer, and it will run the Android 4.2 Jelly Bean operating system on release. As yet the RAM, battery and chipset have not been specified.

This phone has still not been officially unveiled by Karbonn, but Flipkart now has the phone available to pre-order at a price of Rs. 14,999. A release date has not been confirmed but Flipkart shows an estimated release of the last week of November, so it could literally be available any day now.

The Titanium S7 from Karbonn is likely to attract a lot of interest among buyers in India, who will be attracted to its quad-core processor and Full HD display credentials. However it’s a shame that the phone isn’t releasing with a later version of Android.

The Karbonn Titanium X smartphone is also on the way so prospective buyers of the Titanium S7 might want to wait to compare them as the Titanium X is also set to feature a quad-core processor and Full HD display.

Are you interested in the Karbonn Titanium S7 and will you be heading to Flipkart to pre-order this smartphone? What are your thoughts on the pricing of this handset? We’re always interested in what readers have to say, so please do send us your comments.

One thought on “Karbonn Titanium S7 price for pre-orders, release”