Micromax Canvas HD A116i listed, not much of an upgrade 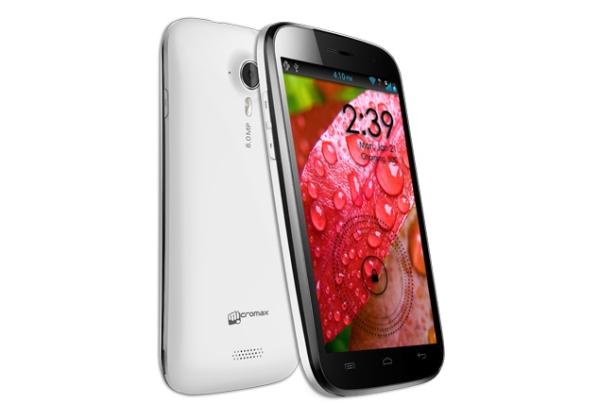 The handset has appeared online via eBay without any official announcement and is priced at Rs. 14,299, and for your money you get a handset that features a 5-inch touchscreen display at a resolution of 720 x 1280 with a pixel density of 294ppi.

This is powered by the MediaTek MT6589 quad core processor that is clocked at 1.2GHz and paired with a PowerVR SGX544 graphics GPU and 1GB of RAM. This will come running the Android 4.1.2 Jelly Bean operating system but it has been promised to be updated to 4.2.1 Jelly Bean soon, but it would have been nice if it went straight to Android 4.3 Jelly Bean.

Of course the Micromax Canvas HD A116i has dual SIM support and on the back is an 8-megapixel rear facing camera with 4X zoom and LED flash, while around the front is a 2-megapixel shooter for video conferencing.

On board storage is set at 4GB with expansion possible via microSD card up to 32GB, and connectivity is provided via 3G, Wi-Fi, EDGE, Bluetooth, and GPRS but the listing doesn’t mention the size of the battery supplying the juice.

Do you like the look of the Micromax Canvas HD A116i?

2 thoughts on “Micromax Canvas HD A116i listed, not much of an upgrade”