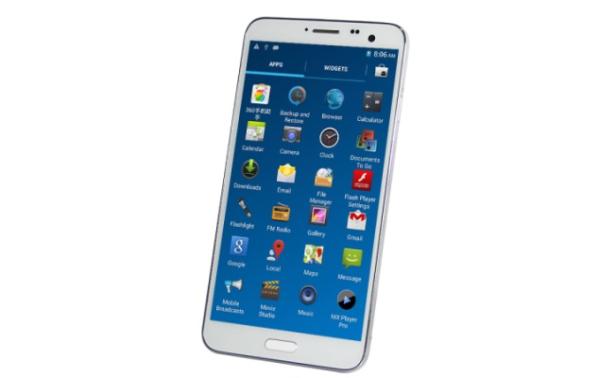 We are used to seeing various flagship brands having their products copied in one form or another but the Wickedleak Wammy Titan 3 unboxing video shows the similarities the smartphone has with the Samsung Galaxy Note 3.

Towards the end of last month the Wickedleak Wammy Titan 3 was officially launched and as you can see from the image on this page the device looks strikingly similar to the Galaxy Note 3. This is not unusual from the company as many of its other handsets look similar to Samsung devices.

Today were have an unboxing video for your viewing pleasure courtesy of the guys from Tech2, which further highlights the similar looks of the two handsets with the Titan 3 having a much lower price than its more expensive rival while still featuring some worthy specifications.

There is 16GB of on board storage that can be expanded further via microSD card but there is no S-Pen like stylus although there is a 13-megapixel rear facing camera paired with a 5-megapixel shooter around the front.

All this will set you back a cool Rs. 16,990 so while the Titan 3 doesn’t match the specs of the Galaxy Note 3 it can be had for a much lower asking price. Check out the video below and tell us what you think of the Wickedleak Wammy Titan 3.