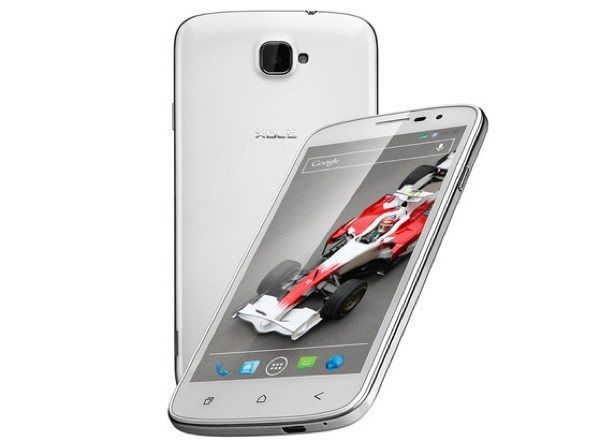 Another smartphone has arrived for sale in the Xolo lineup for India and it’s called the Xolo Opus Q1000. This is an Android device with dual SIM (GSM+GSM) capabilities. Coming up we have details of the Xolo Opus Q1000 price, pre-orders and release news.

The Xolo Opus Q1000 follows hot-on-the-heels of the Xolo Q500, which was also recently announced. Xolo Opus Q1000 specs include a 1.2GHz Broadcom quad-core processor, VideoCore IV graphics, a 5-inch FWVGA IPS display with resolution of 854 x 480, 1GB of RAM and 4GB of internal storage (expandable via microSD to 32GB).

Further specs of the Opus Q1000 include a 5-megapixel rear camera with autofocus and LED flash as well as a VGA front-facing camera and a 2000 mAh battery. Connectivity options include 3G, Wi-Fi, Bluetooth, GPRS, EDGE and GPS/AGPS.

The Opus Q1000 runs the Android 4.2 Jelly operating system. The dimensions of this phone are 143.3mm x 72.9mm x 8.95mm and it comes in a white colour. It also has accelerometer, proximity and ambient light sensors.

The Opus Q1000 can be pre-ordered now at Flipkart and has a price of Rs. 9,999. An estimated release date is given as the third week of December and this phone joins others in the popular Xolo lineup such as the Xolo Q1000, Q1000s and Q2000.

We’re always interested to hear what our readers in India think about new devices on the market so do let us have your comments. Have you already decided to pre-order the Xolo Opus Q1000?