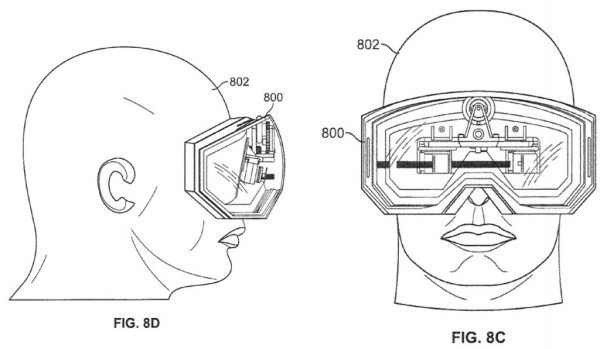 There are some crazy and absurd products out there on the market and to be fair Apple are not normally the ones coming up with strange ideas until now. They have recently been awarded new patent for head-mounted display system, and this is definitely not a Google Glass alternative.

Apple has been filing many patents over the last few years when it comes to wearable smart devices, and the new Apple patent number US 8,605,008 B1 titled “Head-Mounted Display” was awarded December 10, 2013, which was filed back in 2006.

It looks like the Goggles you can buy in the Apple Stores already called the ‘Oakley Airwave 1.5 Goggles’, but instead of sports these new goggles are for watching movies, gaming etc. Hopefully the images shown here are for illustration purposes, because if they end up looking like these they will not win any awards for design innovation. 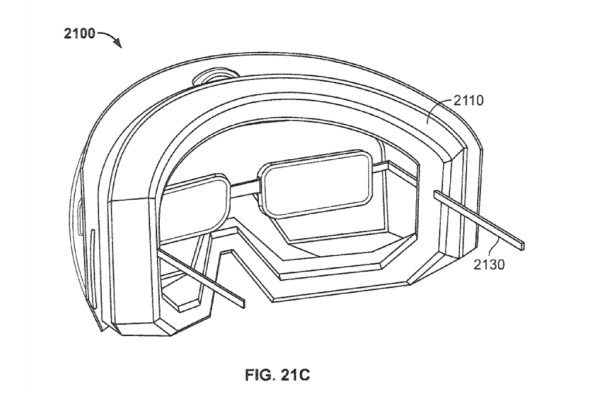 In one part of the patent it said in brief are for viewing media provided by an electronic device when they’re travelling, personal display system with which the user may appear to view media on a large display such as a home TV. Users can also view privately via the electronic device; this means that there is a need for a head-mounted display for allowing users to view media.

So if anyone for one second believes that these new Apple Goggles will be the rivals of Google Glass can think again, the Apple head-mounted goggles are for offering a theatre-like experience thanks to the dark interior of the goggles.

The Apple Goggles will be fully customizable on the outside; this includes the foam and shell layer that sits against the users face. The Patent says that these can be used with or without wires and will be suitable for providing media to the goggles via smartphone, mobile device, personal device, computer, set-top box, TV, gaming device etc.

We love the sound of them but the design of the goggles needs some thinking because they look bizarre and look like they should be at the winter Olympics. Read more about other Apple patents here.

Would you buy the Apple Goggle?