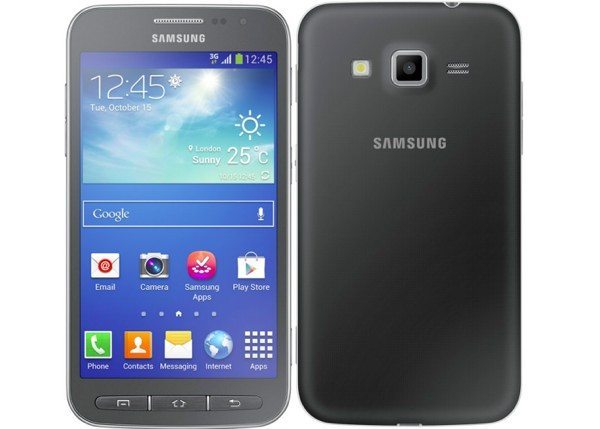 We’ll begin with the specs of the Samsung Galaxy Core Advance and it has a 1.2GHz dual-core processor, a 4.7-inch LCD touch screen display with resolution of 800 x 480, 1GB of RAM and 8GB of internal storage, expandable via microSD to 64GB.

This phone also has a 5-megapixel rear camera with autofocus and LED flash, a 0.3-megapixel front-facing camera, and a 2000 mAh battery. It runs the Android 4.2 Jelly Bean operating system and connectivity options include 3G, Wi-Fi 802.11 b/g/n, Bluetooth 4.0 and NFC.

Dimensions of the Galaxy Core Advance are 133.3mm x 70.5mm x 9.7mm and it weighs 145g. It has FM radio and a 3.5mm audio jack and it will be available in two color options, Deep Blue or Pearl White. Software features include S Voice, S Translator, Easy Mode, Group Play and Sound & Shot.

Accessibility features and functions include an optical scan that can read aloud text from an image, light sensing technology, the ability to make quick voice notes with Instant Voice Recorder, and the option to conserve battery life with Screen Curtain. There’s also a Text-to-Speech feature and Voice Guide Camera functionality.

The price of the Samsung Galaxy Core Advance hasn’t been confirmed yet but it will release at some point in early 2014. We’ll bring more news on this as soon as we have it.

Does the Galaxy Core Advance sound like a phone that might interest you? What are your thoughts on the accessibility features that it offers? Let us know by sending us your comments.