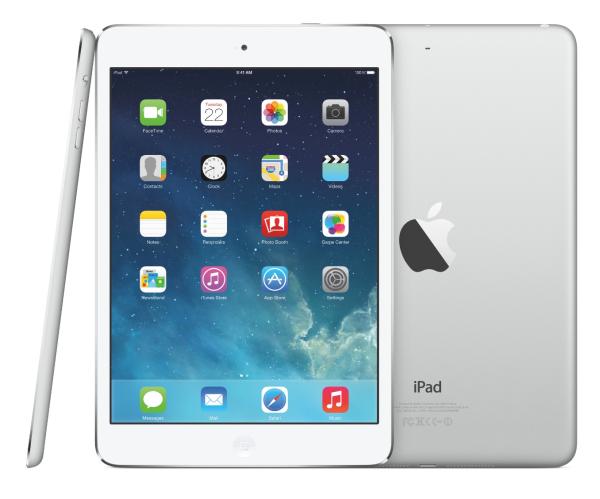 A short time ago Apple released two new iPad devices for 2013 and after the initial rush has eased off a little a number of different retailers are offering deals on the tablet PCs, and today we have some iPad Air 2 and 3 year John Lewis plans and prices for UK consumers in time for Christmas.

The Apple iPad Air is the latest flagship tablet PC from the company that is lighter and thinner than ever before, and customer service champion John Lewis has a number of different price plans for the various versions of the iPad Air on offer.

For those that want a cellular and a Wi-Fi connection the retailer will sell you the 16GB iPad Air for Â£499.99 and the device comes with a free two year contract which can be extended for another three years for Â£75, which certainly gives consumers piece of mind and John Lewis is famous for its extended warranty’s and customer care.

If you only want a Wi-Fi connection the 16GB iPad Air costs Â£399.99 with the same warranty options, and to quickly recap the iPad Air features a 9.7-inch touchscreen display at a resolution of 2048 x 1536 that is powered by the 1.3Ghz dual core Apple A7 64-bit processor.

The retailer has a number of different price plans for the iPad Air which is available in either Silver or Space Grey colour options.

Have you been looking to buy an iPad Air?