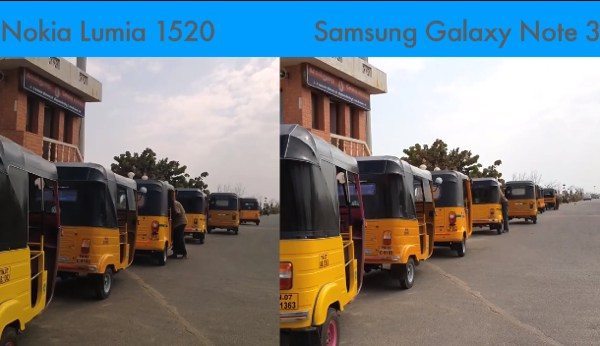 As far as their camera set-ups are concerned the Galaxy Note 3 has a 13-megapixel rear camera with autofocus and LED flash. The Note 3 also has a 2-megapixel front-facing camera.

They are both packed with camera features, but which offers the best camera performance? If you take a look at the YouTube video below our story you’ll see a Galaxy Note 3 vs Lumia 1520 camera comparison, with image samples from each.

These images are shown alongside each other and shot in various conditions both indoor and outdoor, low-light conditions and more, so you can see how they stand up against each other. The second part of the video also includes video footage taken with the Note 3 and Lumia 1520.

For us there’s a clear winner as far as video capture is concerned but for the image samples we feel it’s more of a mixed picture. We’d like to know what you think though.

Do you think the Galaxy Note 3 or Lumia 1520 gives the best camera performance from the results shown in the video below? We’d be interested to receive your comments