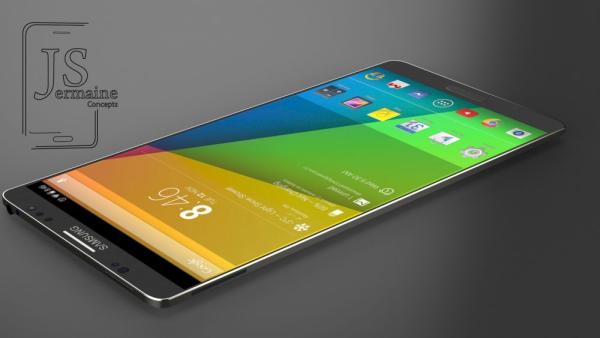 The anticipation for this year’s flagship smartphones from the leading manufacturers is growing all the time and of course Samsung is at the centre of a lot of consumer’s thoughts, and the Galaxy S5 design we have for you today goes back in time.

We often bring you various concept phone ideas from a variety of designers covering many different future smartphones, and recently we have seen more turning their talents to the Samsung Galaxy S5, and today’s one comes courtesy of Jermaine S.

As you can see the handset has an extremely thin form factor but will remind you slightly of the Samsung Galaxy S2, which was probably the handset that put Samsung firmly on the smartphone map.

We have a 5-inch display with a 2K resolution powered by a 64-bit Exynos S processor that is expected to be unveiled in the coming few days, and this is paired with 3.5GB of RAM although recent information coming from Samsung has suggested that the Galaxy S5 specs will include 4GB of RAM.

The rear of this design is plastic to help the removal of the battery and we also have the rumoured 16-megapixel ISOCELL rear camera sensor for better low light images. Other specs include 32GB of on board storage that would be expandable via microSD card and on the front of the device we have a 3-megapixel shooter for video calls and self portraits.

We also have the rumoured iris scanner along with an IR blaster in a design that has almost an edge to edge display.

One thought on “Samsung Galaxy S5 design goes back in time”