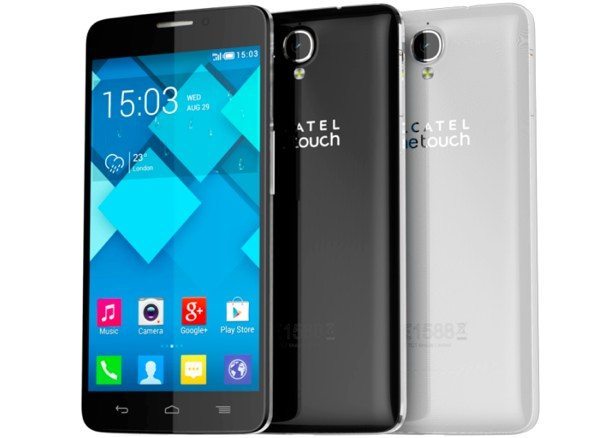 Another in the Alcatel Idol lineup the Idol X+ has a sleek and slim design. It’s powered by a 2GHz MediaTek MT6592 octa-core processor and has ARM Mali 450 graphics. The OneTouch Idol X+ has a 5-inch Full HD IPS display with 441 ppi, 2GB of RAM, and a 2500 mAh battery.

Other Idol X+ specs include a 13.1-megapixel rear camera with 1080p video capture and 2-megapixel front-facing camera, and the phone is just 7.9mm thick and has an attractive brushed metallic casing. So far Alcatel has not revealed pricing but the price of the phone in China equates to around $330. Of course that may vary when the phone releases for other regions.

The Alcatel Idol X+ pricing will play a big part in whether this phone finds a niche in the market, but the true octa-core processor will certainly attract customers. Alcatel says that the processor is also economical on power and battery efficient, with power consumption reduced by 18% when decoding full HD video as opposed to a quad-core chip.

Hopefully Alcatel will provide further news soon about regional availability and pricing for the OneTouch Idol X+. Would you consider purchasing this smartphone, and what price would you expect to pay? Let us know with your comments