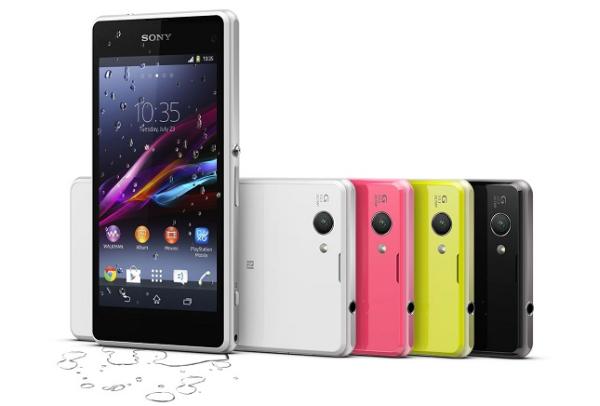 We have been hearing a lot of news surrounding the Sony Xperia Z1 Mini in the last few months with a device finally released in Japan, but now at the CES 2014 event Sony has officially launched the Xperia Z1 Compact which has high end specs in a smaller body.

The device has been going under the name of Sony Xperia Z1 Mini during the last few months but Sony has now revealed it as the Xperia Z1 Compact. The only thing that was really wrong in all the previous rumours was the name as we are looking at a scaled down version of the Z1 in terms of screen size and battery but everything else is basically the same.

So we are looking at a 4.3-inch 720p touchscreen display powered by the quad core Qualcomm Snapdragon 800 processor clocked at 2.2GHz and paired with 2GB of RAM. There is a 20.7-megapixel rear facing camera with a Sony G Lens while around the front we have a 2-megapixel shooter, and both cameras are capable of 1080p video capture at 30fps.

There is 16GB of on board storage that is expandable via microSD card with the device launching with Android 4.3 Jelly Bean with an update to 4.4 KitKat planned. There is also Bluetooth 4.0 LE, 2,300 mAh battery, FM radio, NFC, and the device measures 127mm x 64.9mm x 9.5mm weighing 137 grams.

It will be available in black, lime, pink, white, and yellow colour options but at the time of writing availability and pricing have not been revealed by the company, but it is expected to arrive next month.

Will you get the Sony Xperia Z1 Compact?