Micromax Bolt A66 detailed but no price yet 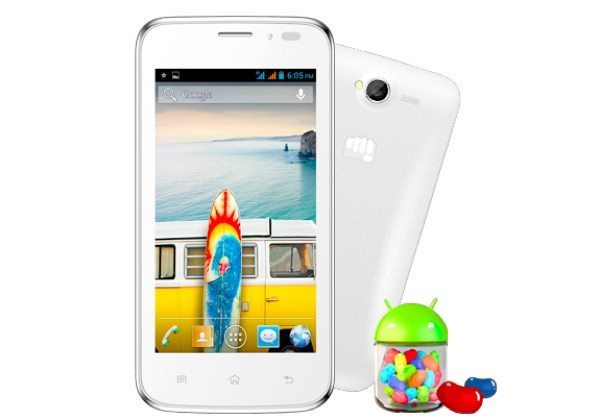 Yet another new smartphone from Micromax has appeared on the company website. The Micromax Bolt A66 is a budget smartphone and we have details of specs and features right ahead.

The Micromax Bolt A66 has emerged hot on the heels of the Bolt A28 and A59 that also recently became listed. Unfortunately, although Micromax now lists this latest Bolt phone the Bolt A66 price has not yet been specified.

We can give you Bolt A66 specs information though and this handset has a 1GHz Spreadtrum SC7710G processor, a 4.5-inch TFT display with resolution of 854 x 480, 512MB of RAM, AND 512MB of internal storage, expandable via microSD to 32GB.

Pre-loaded apps for the Micromax Bolt A66 include Opera, Game Hub, Spuul, and Hike Messenger. You can see all the details at this Micromax product page including full specifications and also a tab where you can download a user manual for this handset.

Hopefully it won’t be too much longer until the price of the Bolt A66 will be disclosed, but this is likely to be a very affordable smartphone. Would you consider the Micromax Bolt A66 as your next smartphone buy? Let us know by dropping a comment in the box below.