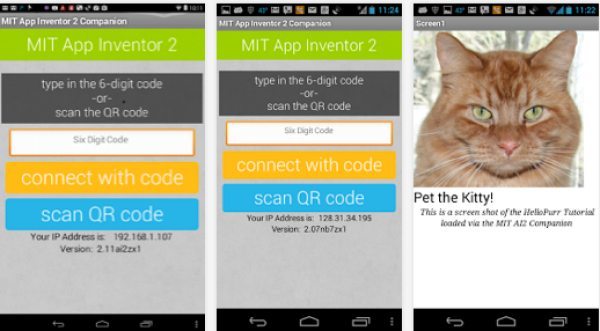 If you want to create your own Android apps using MIT App Inventor version 2, it has been said you should also use the MIT AI2 Companion to develop them.

The MIT AI2 Companion app recently had an update that has now added BLUETOOTH_ADMIN permission needed by the Bluetooth component.

App Inventor 2 was launched December 6 and with the joint project of MIT’s Media Lab and Computer Science and Artificial Intelligence Laboratory things have got very interesting indeed. It now means anyone can build an Android app simply using a web browser that is either connect to an emulator or phone.

Just a quick recap — the key differences between App Inventor and App Inventor 2 is the ability to run entirely from the browser.