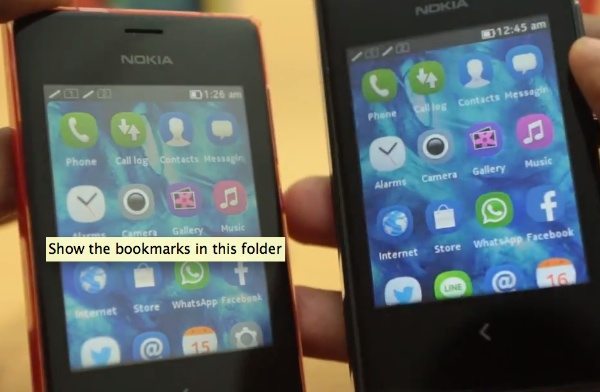 Two new Nokia Asha handsets were recently launched in India and both are likely to sell very well. We’ve already written about the Nokia Asha 502 and 503 on several occasions and today we have a video to share. This shows the Nokia Asha 502 vs 503 Dual SIM compared hands-on.

The Asha budget lineup of phones is extremely popular. If you want to see our previous posts on the Asha 502 and Asha 503 head to the links provided where you’ll find specs news, pricing reviews, unboxings and more.

A video comparison is always useful though as we get to see the devices close-up against each other and this can often provide some useful insight. The 7-minute YouTube video that you can watch below our story is a good overview of what they offer.

The video begins with pointing out that both phones use the Asha software platform and notes that there are plenty of similarities between the two but that there are also differences. It goes on to show the designs of the Asha 502 and Asha 503 and is very positive about the styling and build of both.

It continues by comparing the sizes of the handsets and then gives a tour of the hardware, for instance showing the difference between the cameras. Both camera apps are also shown and then the displays are discussed.

The main difference is that the Asha 502 is a 2G phone whereas the 503 is a 3G device, and the video goes on to mention the price of the two phones and batteries. If you’re about to purchase one of these phones this video could be very useful in helping make a decision between them.