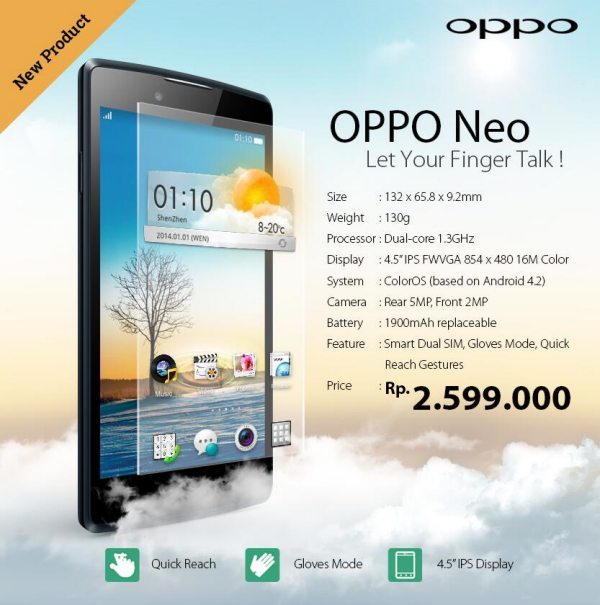 The Oppo Neo was a mystery phone that was unveiled online a couple of days ago, this smartphone was teased in a photo but is no longer going to tease because it is official.

We speculated that the now official Oppo Neo would be priced similar to the Oppo N1 for around â‚¬449, but thanks to a new photo on Twitter a new price of IDR-2,599,000 is showing, which is about $215.

There are a few more specs to go on now and the new Oppo Neo will feature a 4.5-inch FWVGA IPS display with a resolution of 854 x 480 pixels, it will come with a 5-megapixel camera on the rear and a 2-megapixel camera for video chats on the front.

Would you buy the Moto G or the new Oppo Neo?