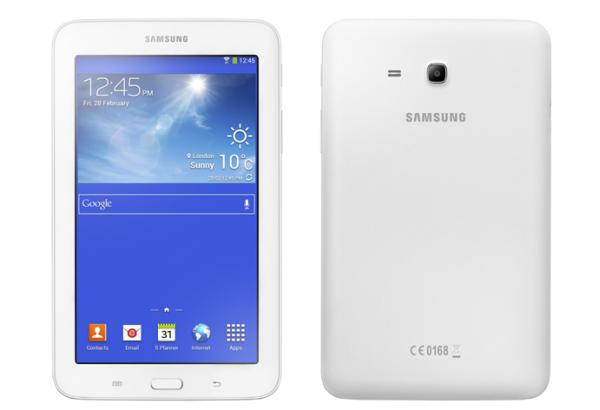 While Samsung may have been launching some high end tablet PC devices recently, there has long been rumours that the company were about to launch a cheaper alternative to consumers. Now the Samsung Galaxy Tab 3 Lite has been made official but with no price tag.

Samsung has officially announced the Galaxy Tab 3 Lite following weeks of rumours and leaks surrounding the tablet PC. The devices official specifications include a 7-inch touchscreen display at a resolution of 1024 x 600, which is powered by an unnamed dual core processor running at a clock speed of 1.2GHz.

This is coupled with 1GB of RAM running the Android 4.2 Jelly Bean operating system, and while there is no front facing camera like the standard Tab 3 this device does have a 2-megapixel rear facing shooter that features Smile Shot, Shoot & Share, and Panorama Shot options.

The standard model also features a 3.15-megapixel unit on the rear along with a 1.3-megapixel front facer. Other specifications of the Samsung Galaxy Tab 3 Lite include 8GB of on board storage that is expandable up to 32GB via microSD card, Wi-Fi, and a 3,600 battery unit that is promised to provide up to 8 hours of video playback, which compares to the Tab 3 that has a 4,000 mAh unit.

At the time of writing there is no information about the tablets pricing and will be available in black and white colour options globally, but we have wondered before the point of the device when the standard Galaxy Tab 3 can already be picked up at a bargain price.

Will you get the Samsung Galaxy Tab 3 Lite?