Samsung Galaxy Tab 3 7.0 in Garnet Red release for US 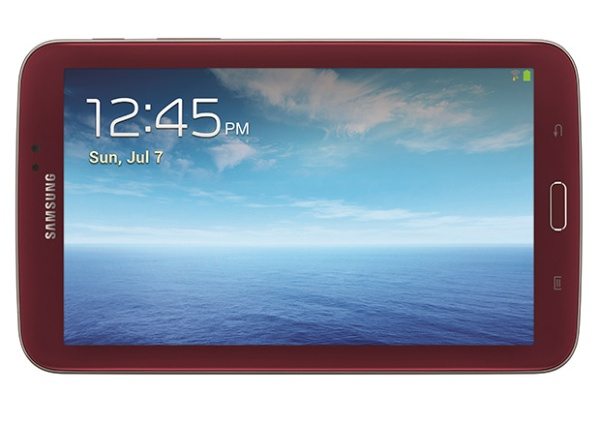 We have to say that from the press photos here this very rich red color looks attractive and could appeal to plenty of buyers. Specs remain the same as the usual version with a 1.2GHz dual-core processor, 7-inch display with resolution of 1024 x 600 and 170 ppi, 1GB of RAM, and 8GB of internal storage expandable via microSD to 64GB.

The Garnet Red Galaxy Tab 3 7.0 will be available from February 2 at various major retailers. The Wi-Fi version of the tablet has a price tag of $199.99 but it’s not yet known if Samsung will also release the 3G model in Garnet Red too.

Would you like to get your hands on the Samsung Galaxy Tab 3 7.0 in Garnet Red? Would you like Samsung to also release the 3G variant in the same color for the US? Let us know by sending your comments using the box below.