At the Kensington Olympia, London Toy Fair that runs from January 21st — 23rd 9am to 6pm a new product was unveiled that brings new tech to children. The new product is the VTech Kidizoom smartwatch for kids, which below you can see in both blue and pink.

Not only are Apple, Samsung and Sony etc releasing new smartwatches this year and we know 2014 will be big for smartwatches, the Apple iWatch is expected to come this year at some point, but for now we have news of a new VTech Smartwatch for kids.

GizMag have just reported that VTech has launched a new smartwatch for kids, which is aimed at children from the ages of 6 up to the age of 12, the new VTech Kidizoom smartwatch will feature a 1.4-inch colour touchscreen, camera, video recorder, which comes with brilliant voice effects as well as three games that are educational. 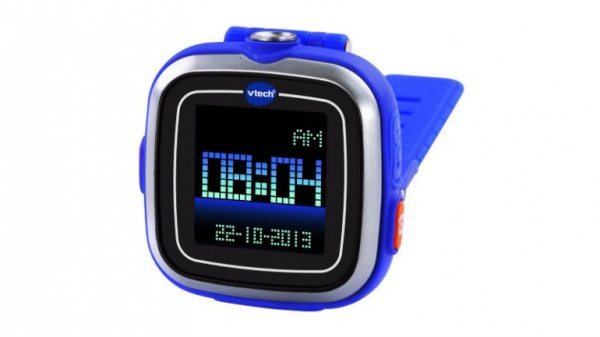 The watch for kids will also come with a USB port for charging, which allows children to download their pictures and videos they created using the smartwatch.

The VTech smartwatch will be priced at Â£39.99 in the UK and will be on sale from August 2014, the watch will also come with a choice of 20 different watch faces and comes with both digital and analog modes to help kids tell the time.

Are you interested in the new VTech Kidizoom smartwatch for kids?