Acer Liquid Z5 arrives for sale in some markets 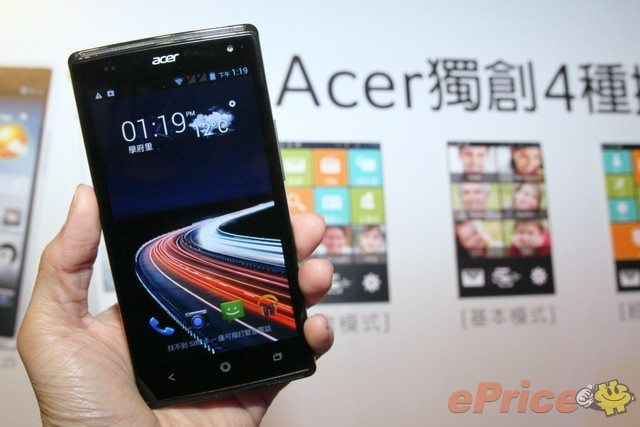 The Acer Liquid Z5 was recently introduced by the company although when it was unveiled Acer did not give it a specific release date, merely saying that it would be available at some point in the next few weeks. The good news for those waiting for this phone is that the Acer Liquid Z5 has now arrived for sale in some markets.

This is an Android smartphone targeted at the affordable end of the market and the phone is now available in parts of Europe and Asia. One of the key points of this phone is that it has a simple Quick Modes feature, a launcher, which looks very similar to Windows Phone 8 rather than an Android interface.

The Liquid Z5 has now gone on sale in Acer’s home country of Taiwan at TWD $6,990. Apart from this some European countries have seen the arrival of this phone and these include France, Germany and Italy. The phone on Amazon in these countries is priced from â‚¬170 upwards. The Liquid Z5 is also expected to go on sale shortly in the UK and the Netherlands.

Acer Liquid Z5 specs include a 1.3GHz MediaTek dual-core processor, a 5-inch display with resolution of 854 x 480, 512MB of RAM and 4GB of internal storage, expandable via microSD to 64GB. It also has a 5-megapixel rear camera and a 2000 mAh battery and it runs the Android 4.2.2 Jelly Bean operating system.

Have you been waiting for the Acer Liquid Z5 to release in your region? What are your thoughts on the pricing of this phone?