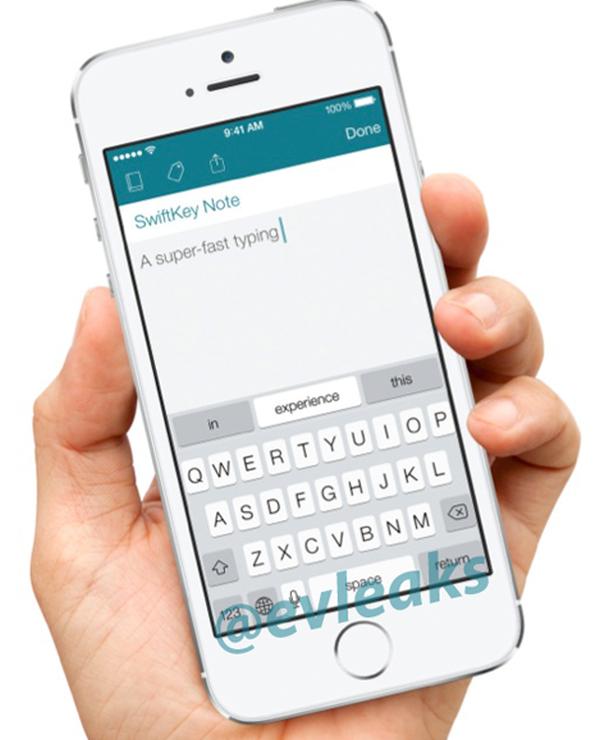 For Android users one of the beauties of the platform is the ability to easily change many of the smartphones features via a huge number of third party applications that are available. Things are not so straightforward for iOS users, but a SwiftKey download for the iPhone has seen possibility hopes raised recently.

The SwiftKey application is among one of the most popular keyboard offerings on the Android platform, but currently is not available to iOS users. Apple has improved the stock keyboard experience in iOS 7 but it still doesn’t offer the same quality experience that many third party applications do.

Now the image that you can see on this page comes courtesy of serial tipster’s evleaks that often provide reliable information for the mobile world. The image is showing what looks like the SwiftKey application running on iOS, and is being called SwiftKey Note. We have a normal looking keyboard but with the suggestion filled predictive feature above it.

The app looks to be running on an iPhone 5S with the message “A super fast typing”, but it remains to be seen if the developers of SwiftKey are set to provide iOS users an alternative to the stock keyboard, and instead simply be providing a note taking app.

Would you like to see SwiftKey released for iOS?