Micromax Canvas Knight A350 has specs to impress 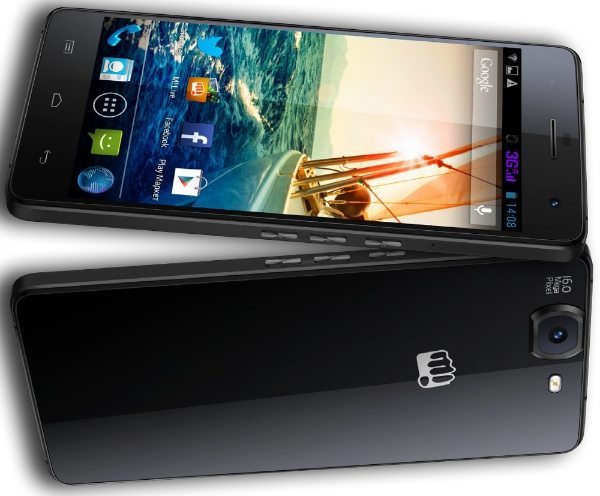 A new addition to the Micromax Canvas line-up of smartphones has been made official. Micromax is a hugely popular manufacturer of mobile devices for India and has just begun making inroads into the Russian market. The Micromax Canvas Knight A350 has now been announced for Russia but there’s no news yet on a launch for India.

The Micromax Canvas Knight specs are very impressive and it packs a 2GHz octa-core processor, and 5-inch IPS display with Full HD resolution of 1920 x 1080. It’s a dual SIM phone with 2GB of RAM and 32GB of internal storage, and has a 16-megapixel rear camera with autofocus and LED Flash as well as a 5-megapixel front-facing camera.

Further specs include 3G HSPA+, Wi-Fi 802.11 b/g/n, Bluetooth and aGPS and the phone also has a 3.5mm audio jack. It has a 2350 mAh battery and the phone is extremely slim at only 7.3mm thick. The Canvas Knight runs the Android 4.2 Jelly Bean operating system.

The Canvas Tube video app and Canvas Beat music app will be included and colour options are Black with Gold, Black or White. The Canvas Knight A350 is expected to release soon in Russia but there’s no price news yet. Readers may also be interested in the Micromax Canvas Turbo Mini which we detailed earlier today.

2 thoughts on “Micromax Canvas Knight A350 has specs to impress”