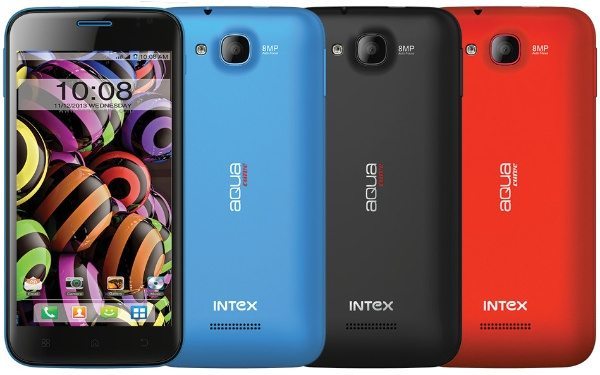 An expected price of the Aqua Curve was around Rs. 9,999 but in fact the official price is Rs. 12,490. It will be sold via more than 40,000 retail outlets, hypermarkets and e-commerce portals in India and also Intex Squares.

Specs of the Intex Aqua Curve include a 1.3GHz MediaTek MT6582 quad-core processor, a 5-inch OGS curved display with resolution of 960 x 540, 1GB of RAM and 4GB of internal storage (expandable via microSD to 32GB).

Other specs include an 8-megapixel rear camera with autofocus and LED flash, 2-megapixel front-facing camera, and a 2000 mAh battery. It runs the Android 4.2 Jelly Bean operating system and has a 3.5mm audio jack, FM Radio, 3G, Wi-Fi 802.11 b/g/n, Bluetooth and GPS.

Are you keen to get a look at the Intex Aqua Curve smartphone? What are your thoughts on the pricing and specs of this device? We always appreciate receiving your comments.