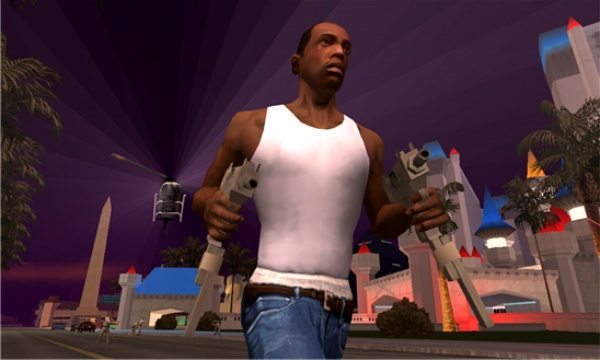 Grand Theft Auto: San Andreas for mobile is already available for iOS and Android devices, and if you have a Windows Phone device and have been waiting for this to release on your platform there’s some good news today. GTA San Andreas for Windows Phone has now released, but there may be some disappointment as it’s only compatible for a limited number of devices.

This gaming app is already extremely highly rated on the app stores for Android and iOS devices, and now Windows Phone device users will be able to join in the action. This Rockstar Games app became available on the Windows Phone Store today but a note on the app description details support limitations.

At this stage GTA: San Andreas is only compatible for use with the HTC 8XT and also the Nokia Lumia 1520, 1320, 822, 820 and 810. It’s not clear whether support will be added for further devices but we would imagine this is likely.

The game is set in the early ‘90s with Carl Johnson heading home after his mother has been murdered. There’s over 70 hours of gameplay across the state of San Andreas and the three major cities of Los Santos, San Fierro and Las Venturas.

Improvements have been made for the mobile version and these include remastered, high-resolution graphics, dual analog stick controls, three control schemes and customizable controls, and the ability to use adjustable graphic settings to tailor your visual experience.

GTA: San Andreas for Windows Phone is priced at $6.99 and is available on the Windows Phone Store here. You’re advised to plug in your device to a power source while downloading and have access to a Wi-Fi Access Point.

Are you pleased to see the arrival of GTA San Andreas for the Windows Phone platform? Maybe you’re disappointed that your device isn’t one of those supported? What are your thoughts on the price point? Let us know with your comments.