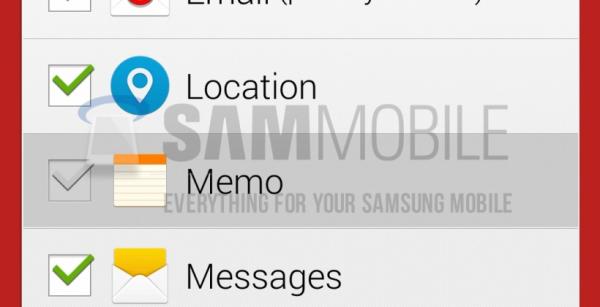 When Samsung launches a new flagship smartphone it is often accompanied by a new piece of software, and leading up to the release of the Samsung Galaxy S5 we have begun to see some possible new firmware features for the handset.

Just over a week ago we got to see some new software features that could be coming on the Samsung Galaxy S5, and now the guys over at SamMobile have got their hands on a new application that is being called Samsung Life Times.

There are a number of screenshots that includes the image that you can see on this page with the application looking to be some sort of diary. It seems to collect information from a number of other apps and creates a log for the user to take a look at.

This includes photos and status updates from the likes of Facebook, Google+, Instagram, and others while being similar to the company’s Story Album app with more options. This new offering could actually replace Story Album and the screenshots were lifted from software for the Samsung SM-G900H, but at the time of writing it can’t be confirmed that this is the Galaxy S5.

Meanwhile serial tipster’s evleaks has taken to Twitter to suggest that the Samsung Galaxy S5 will be coming with a fingerprint scanner, which has been rumoured many times before. We did recently hear a Samsung executive saying that the company was working on an iris scanner technology, but a FingerprintService.apk has appeared.

Obviously this information has to be taken with a pinch of salt like any other leaks about the handset but all should be revealed in the next couple of months.