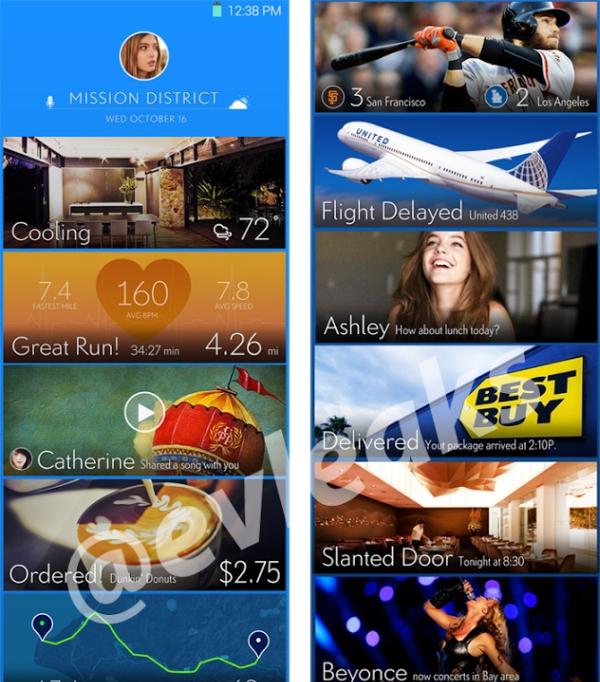 While we have been hearing plenty of rumours surrounding the upcoming hardware specifications of Samsung’s next range of flagship smartphones, we have also been seeing some supposed leaks surrounding the software side of things. Now the new Galaxy S5 UI apparently makes another appearance ahead of any official announcement.

Earlier this month we saw some screen shots from a new user interface that Samsung are allegedly working on for their flagship smartphones. Now the image that you can see on this page is courtesy of evleaks that were responsible for the previous leak.

The image seems to suggest that the cards would be placed on the home screen and looks similar to Google Now, and the cards are covering various topics such as flights, messages, sports, and events. The system looks to be a mix of Google Now and an enlarged notification centre.

For many users the Samsung TouchWiz Android overlay is overdue a makeover and if this is the real deal it certainly looks more attractive to what is currently available. Previously the user interface was claimed to be a work in progress, but we quite often get to see new software features launched with the company’s new headline grabbing handsets.

It looks like this year that we may get to see a complete new operating system from Samsung running alongside the latest Android 4.4 KitKat firmware.