Animate Me for iPhone turns photos into hilarious videos 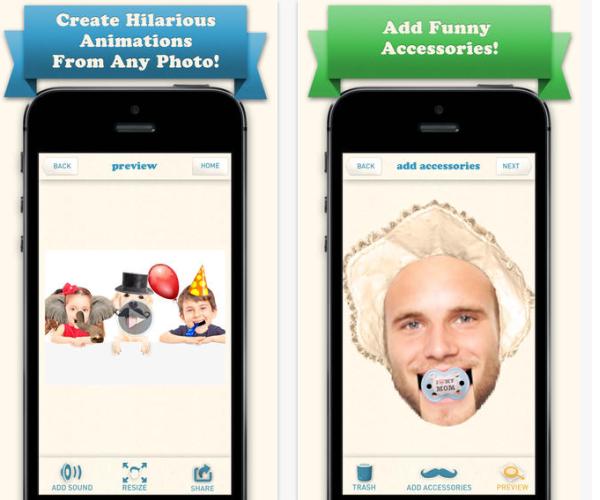 There are hundreds of mobile applications that bring some humour and fun into our lives on the various platforms and the new Animate Me app for the iPhone and iPad turns photos into hilarious video clips.

Animate Me Talking Photos 1.0 was recently released onto the App Store and allows users to create hilarious videos from any photo which will respond by moving to the sounds that are added. Users can also add some funny things to the images such as elephant ears and trunks to accompany real elephant sounds.

You can even add a baby bonnet and make your characters giggle just like real babies, and users can easily share their creations via Facebook, email, and YouTube as your characters move in time to the sounds that are applied.

There are jokes, cartoon voices, funny quotes, crying babies, and much more that can be added, or you can even record your own voice. The size of the animations can be adjusted to make them look bigger or smaller.

The app has already gained many positive reviews from users and Animate Me – Talking Photos 1.0 can be found for a limited time free from the App Store for owners of the iPhone, iPad, and iPod Touch running iOS 6 or later. Check out the demo video we have embedded below.