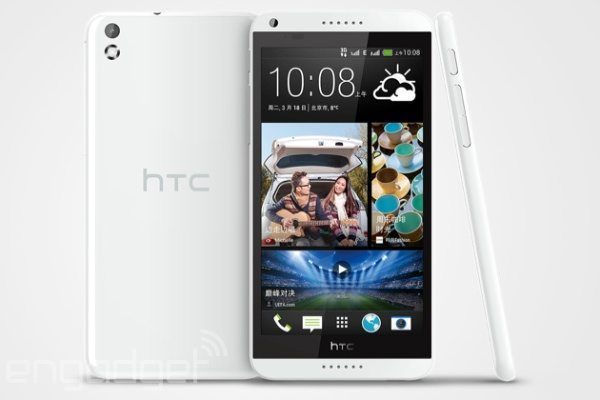 It’s always interesting to see devices leak before they are made official and some details have now emerged about an upcoming phablet called the HTC Desire 8. This is a mid-range handset that looks set to offer size with style.

HTC has recently acknowledged that it needs more focus on low and mid-tier devices and the Desire 8 looks set to fit the bill. This is a dual SIM smartphone and unconfirmed specs so far include a 5.5-inch display (resolution unknown), so this could sit somewhere between the upcoming HTC One 2 aka M8 and the HTC One Max in screen size.

The Desire 8 (or Desire 800 perhaps?) is also said to have a 13-megapixel rear camera but not of the UltraPixel variety, and a 5-megapixel front-facing camera that features a beautification mode, as well as stereo front-facing speakers.

From the leaked image it’s difficult to see exactly what material is being used but there will apparently be different color options including white, cyan, orange, red and yellow. It could be that the HTC Desire 8 will be unveiled at MWC later this month, although March 18 and Beijing also seems to be significant.

What are your thoughts on these early details of the HTC Desire 8 smartphone? Does this look like a device you might be interested in? We always appreciate your comments so do send them in to us.